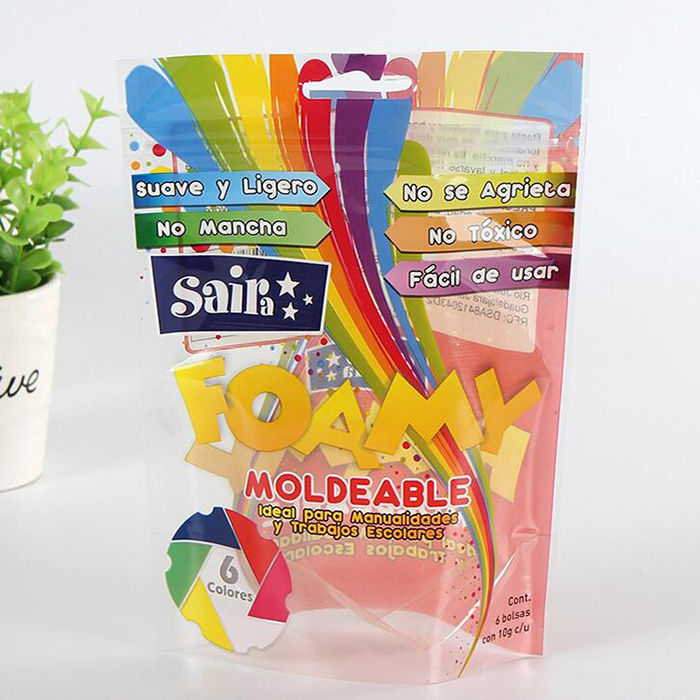 All barrier options are available making it a highly adaptable option for your needs.

Stand up pouches can be used for hot fill and microwaveable products such as soups, sauces or meals.

The transport capacity of a few thousand pouches per carton drastically reduces freight needs, which in turn lowers your costs and your carbon footprint.

The ability to portion control through the selection of the size of the pouch leads to the reduction in overall food waste.

Stand up pouches are a light-weight and durable replacement for cans and glass jars, providing a revolutionary packaging solution for many applications. This flexible packaging offers many advantages, allowing product visibility, better health and safety in handling, reducing transport and storage costs as well as improving production line costs.

Fill with soups, sauces, dry products, wet products, meat products or a wide variety of foods. We will collaborate with you to make the stand up pouch suitable to your unique needs.

Who Made That Ziploc Bag?

"It seems hard to believe it now, but people did not know how to open the bag," Steven Ausnit, developer of the original Ziploc, recently told an audience at Marquette University. He recalled that sometime around the early 1960s, his company persuaded Columbia Records to try a plastic sleeve with the zipper on top for albums. "At the final meeting, we were all set to go. The guy called in his assistant, handed her the sealed bag and said, ‘Open it.’ I thought to myself, Lady, please do the right thing! The more she looked at it, the more my heart sank. And then she tore the zipper right off the bag."

Ausnit, who fled Communist Romania with his family in 1947, had been experimenting with plastic zippers since 1951. That was when he, his father (Max) and his uncle (Edgar) purchased the rights to the original plastic zipper, designed by a Danish inventor named Borge Madsen, who had no particular application in mind. They formed a company called Flexigrip to manufacture the zipper, which used a plastic slider to seal two interlocking grooves together. When the slider proved costly to manufacture, Ausnit, a mechanical engineer, created what we now know as the press-and-seal type zipper.

In 1962, Ausnit learned of a Japanese company called Seisan Nihon Sha, which had figured out a way to incorporate the zipper into the bag itself, which would cut production costs by half. (Flexigrip was attaching its zippers to bags with a heat press.) After licensing the rights, the Ausnits formed a second company called Minigrip; their big break came when Dow Chemical asked for an exclusive grocery-store license, ultimately introducing the Ziploc bag to a test market in 1968. It wasn’t an immediate success, but by 1973, it was both indispensable and adored. “No end of uses for those great Ziploc bags,” Vogue told readers that November. “From holding games to keep the young occupied on the long drive to the mountains, to safe storage places for cosmetics, first-aid supplies and food. Even your wig will be happier in a Ziploc."