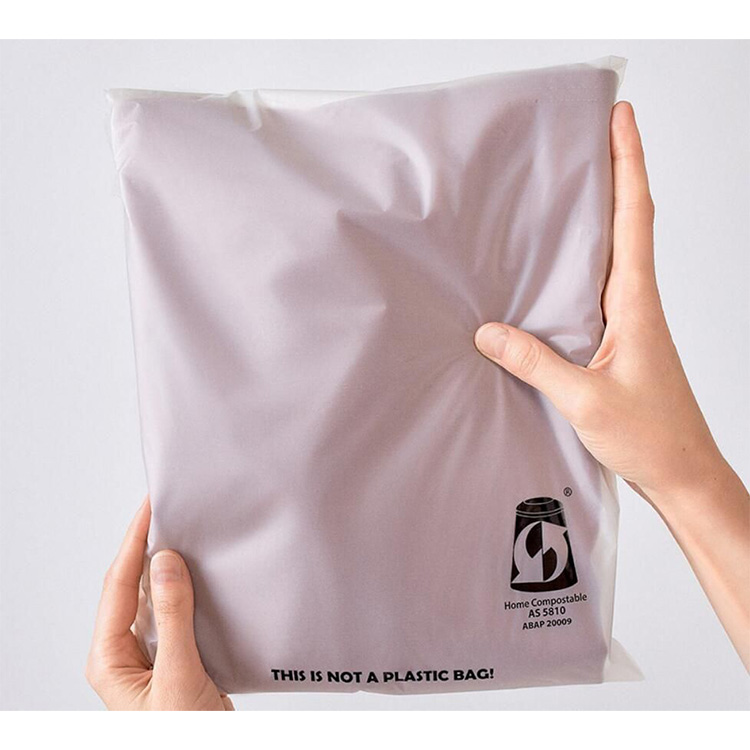 Compostable Bags for Garments and Apparel Packagings for trash

The apparel industry uses over 5 million tons of plastic for garment protection bags each year. Traditionally these protective bags are produced with low-density polyethylene which is hydrophobic and harmful to the environment.

The apparel industry uses over 5 million tons of plastic for garment protection bags each year. Traditionally these protective bags are produced with low-density polyethylene which is hydrophobic and harmful to the environment.

All single-use plastic garment packaging can be replaced with biodegradable material madewith PLA and BPAT using StarsPacking patent-protected technology which is environmentally safe plastic that is recyclable, biodegradable, water-soluble and marine-safe.

StarsPacking was asked to work withGRUNDENS and DOVETAIL as their packaging suppliers to develop clothing packaging that are biodegradable and compostable. We eliminated the use of traditional polymer, single-use bags in favour of bags that disappear safely, are non-toxic and marine-safe.

All the bags are self-sealing with a flap and re-sealable adhesive.

There is one thing we cannot deny and that’s the fact that people have been pretty careless in the use of conventional plastics around the world, endangering the natural environment around us.

Conventional plastic recycling of flexible packaging is often not possible, as many packaging solutions cannot go into the recycling system. There are a number reasons for this including that flexible packages are difficult to collect and separate by both the consumer and the recycling facility. This is why composting with food waste as an alternative is increasingly being considered by major brands and retailers.

Plastic packaging is an issue. World wide people  discard 600 million tons of plastics year. The world’s population throws away enough annually to surround the Earth x4. Plastics are not only capable of releasing their toxins into the environment, but they will take a pretty long time to decompose.  On an average, we only recycle about 8% of the plastic we manufacture. Most of these products are made for a single use. (i.e. a straw or cup at a restaurant that’s used and thrown away.) Packaging is also major culprit. How many times do we eat a bag of chips or a chocolate bar and toss the plastic wrapper in the trash?”

It is important that you have to initiate effective waste management plan that incorporates all of your recycling and waste requirements. This not only means ensuring that waste is properly managed on-site, but that it is regularly collected and that it is properly disposed of on a regular basis.

When you start packing garments / apparel in compostable bags, which will keep millions of poly bags out of the landfill. With the switch, not only you are keeping plastic bags away but being carbon neutral – by closing loop into composting you are developing a rich humus which can be used as compost. We hope this will inspire others to think about ways to stop using plastic.